Culture is contagious if deployed correctly and this boot camp will explore examples of how you can eliminate waste throughout your value stream. The focus of manufacturing today is continuous improvement of safety, quality, productivity, delivery, morale, cost and inventory. The workshop will show different ways of addressing these focal points by using lean tools and creative employee thinking. Several case studies will be demonstrated with incredible results.

Rejuvenate your operation by applying lean principles in a fun and engaging way that has produced proven results. This boot camp highlights the critical elements and "must know" concepts for driving effective, positive change in your organization. 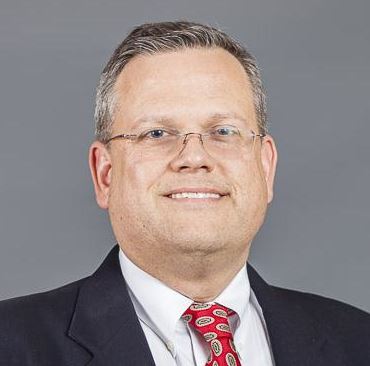 Mark Preston has been driving change in manufacturing and sales environments for over 25 years using continuous improvement and lean. During his 11 years with TDK Electronics, he studied Kaizen manufacturing techniques in Japan during TDK Executive Sensei training. He later led the TDK Georgia plant lean initiatives and increased videotape and startup recordable compact disc productivity.

After TDK, Preston invested seven years in various executive roles within Respironics, Inc. where he implemented demand flow technology. Accomplishments at Respironics include leading the lean layout of a new Kennesaw, Ga. facility, creation of a new structured purchasing organization and improving the supply base by creating and implementing a 13-week supplier development program. As director of operations for the Respironics Asthma and Allergy Division, he teamed with suppliers and engineers using design for manufacturing techniques to also launch the Mini Elite portable nebulizer.

In 2006, Preston became the director of Acuity Business System at Acuity Brands Lighting. He led the deployment of lean in the Acuity supply chain for 16 plants, five distribution centers and 14 supplier development programs. During this time he continued his personal training with Singijutsu in Japan and was promoted to vice president of supplier development and operations excellence.

Currently, he is a lean champion for the Association of Manufacturing Excellence (AME) and is on the AME Management Team. Preston is a keynote speaker for organizations across the U.S. including APICS, CSCMP, MODEX, CME, SCOPE and IMPACT Manufacturing. As a founder, Preston is excited to continue his passion of teaching and sharing through Lean Applications.

This workshop will focus on the following:

Anyone who wants to drive their company to excellence, including:

To fully participate in this virtual event, a high-speed internet connection, speaker/headphones, microphone and webcam are needed. While not required, you will have a better online experience if you do not use wireless internet service. A wired/ethernet connection will have a stronger signal than wireless. Make sure you download the Zoom client for meetings desktop application for the best experience. Do not use the version available through your web browser as it has limited features. https://zoom.us/download

This is an interactive workshop in which participants will interact visually and audibly with the presenters and other participants.