Yokoten with speed and effectiveness

Mark Klee is general manager of business reform unit projects for Toyota. He leads transformation projects for Toyota including transitioning the company’s Alabama manufacturing production from V8 to V6 Turbo engines for the Toyota Tundra.

He has spent most of his Toyota career in manufacturing with manager roles in production engineering, maintenance and production. Klee was group manager in the Unit Competitiveness Division where he led the North American Toyota plants in standardization and yokoten with a strong focus on cost reduction. Klee also oversaw the support functions for the production of axles and engines as assistant general manager of Toyota’s Kentucky Powertrain, and served as manager for model change projects in the North American machine specification and installation group at Toyota’s Georgetown, Ky., and Huntsville, Ala., plants.

He also serves as a mentor to several of Toyota’s developing leaders.

Prior to joining Toyota, Klee worked for a supplier company in northern Indiana.

A resident of Lexington, Ky., where he lives with his wife and two children, Klee is a board member of United Way of the Bluegrass. He holds industrial technology degrees from Eastern Kentucky and Purdue University. 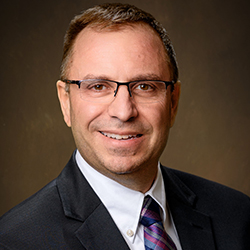