Margarette Purvis leads Food Bank For New York City, one of the country’s most robust food banks having served over 1 billion pounds directly to New Yorkers in need. She leads and oversees the strategic vision for all of Food Bank’s operations, philanthropy and programming, including the organization's citywide food distribution system and member network of over 1,000 charities and schools. Purvis was selected by Governor Andrew Cuomo to chair the New York State Anti-Hunger Task Force, where she led the development of recommendations for better coordination of hunger relief services and policy that have been endorsed by the Governor in the 2016 State of the State policy proposals. Purvis has also been appointed by Mayor Bill de Blasio to advisory boards for the New York City Children's Cabinet and Community Schools. She was recognized as a "Woman of Influence" by the New York Business Journal and named NonProfit Times’ 2014 Power and Influence Top 50, a national list of leaders in the nonprofit sector.

Prior to becoming Food Bank President and CEO in 2011, Purvis was CEO and principal of PCG Services, an Atlanta-based firm. PCG developed and implemented social and philanthropic programming and branding strategies for businesses, notables, nonprofits and government agencies. She was previously vice president of National Programming at Points of Light Foundation, leading the launch and implementation of its multimillion dollar programs and civic engagement units while overseeing large-scale disaster initiatives in response to Hurricane Katrina. Prior to that, she served her first term at Food Bank as the organization’s vice president of Programs and Services, where she developed national award-winning programs, including the Education Institute and Kids Cafés. Ms. Purvis’ leadership also includes director and management level positions with our country’s oldest HIV/AIDS program (Bailey’s House) and government programs including USDA’s Women, Infants and Children (WIC) and City of New York’s HRA.

Purvis is an alumna of Dillard University where she studied Urban Studies and Public Policy. She also studied Nonprofit Management in the BA/MS program at the Graduate School of Management and Urban Policy at The New School. She is a board member of the James Beard Foundation and a proud member of Links, Incorporated and Women's Forum of New York. 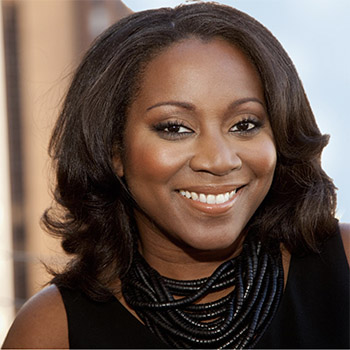