Learn what the senior leaders from General Cable, Royal Philips and Savage Arms regard as highly effective systems and tools of lean management. During this two-hour session, time will be split between speaker presentations and panel discussion followed by individual small group discussions. This will allow attendees time to engage in longer, more personal conversations with each panellist as they rotate from table to table.

This session will explore current best practice in the application of lean management in both manufacturing and non-manufacturing operations. Each of the four speakers will illustrate their own best practice in building a lean management system to develop, sustain and improve their lean journey and will include: Visual management systems; building problem solver capability in your organization; lean strategic planning and deployment; follow up/accountability processes.

Vince Carbone was a manufacturing executive with over 30 years of corporate leadership roles in implementing lean strategies throughout an organization. He has an engineering background along with an MBA and extensive training in lean disciplines (Kennametal Inc.) that he has utilized to change company cultures to achieve operational excellence.

Rick Groleau is continuous leader III at Savage Arms. His lean journey began over 15 years ago at Bose Corp. He was part of a small team asked to start BPSU – Bose Production System University and become one of the sensei for Bose. The team received a Vice Presidents Award. Groleau holds a black belt in six sigma and is lean-certified. Savage Arms is a manufacturer of firearms based in Westfield, Massachusetts with a division located in Lakefield, Ontario, Canada.

Philip Holt was formerly head of operational excellence, accounting operations at Philips and a member of the advisory board of the Operational Excellence Society. He has over 20 years of manufacturing operations experience, including factory, supply chain and procurement leadership roles. Prior to Philips, he worked for the Gillette Company, where he has built up a reputation on lean practices and advice. Holt studied at Manchester Metropolitan University, the University of Pennsylvania (Wharton School) and the University of Warwick. Royal Philips of the Netherlands is a leading health technology company focused on improving people’s health and enabling better outcomes across the health continuum from healthy living and prevention, to diagnosis, treatment and home care.

Tom Lacey is the manufacturing manager at General Cable. He is a lean champion and facilitator/trainer, and leader/developer of visual management systems and 5S systems. General Cable is the third largest global wire and cable producer, with more than 10,000 employees. The Manchester, NH plant produces daily more than 3.5MM feet of finished wire and cable products for electronics, portable cord, power distribution, and industrial building wire. 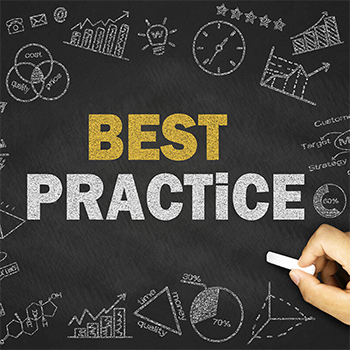