Learn how three companies have created a fun, lean culture where everyone is inspired

After hearing Paul Akers' keynote session, "Lean is simple, lean is fun," get up close and personal with Paul Akers, Greg Glebe of Xylem Design and Marc Braun of Cambridge Engineering, and learn how they applied Aker's 2-second lean philosophy to transform their organizations. No tedious Powerpoints, no stultifying corporate-speak -- they'll speak from the heart and tell you what worked and what didn't work as they introduced lean to their organizations. Learn how to make lean simple so that people have an easier time grasping what it's about. Learn how to make it fun so that people embrace the challenge of changing the way they work. And learn the hard lessons that each of these leaders has acquired through their own mistakes. If you're looking for a fresh approach to teaching and leading lean, you do not want to miss this session.

Paul Akers is founder and president of FastCap LLC, based in Ferndale, WA., an international product development company founded in 1997 with over 2000 distributors worldwide. Akers was drawn towards excellence and high standards from an early age. At the age of 15, he built his own guitar and earned the attention of guitar designer Bob Taylor, who mentored and eventually put him to work for Taylor Guitars. As a true American innovator, Taylor made a lasting impression on Akers, where he was part of building over 2000 world class musical instruments. Akers catapulted into the business world when his knack for problem solving led to an invention and eventually to his own manufacturing business that started in his garage. Through a series of twists and turns, he discovered lean and the Toyota Production System (TPS) which helped to launch his business from the garage into the successful international product development company known as FastCap. Using Lean, his company has prospered and expanded even in times of economic downturn. He has never had to lay off an employee, nor cut one salary and currently offers the highest entry level pay for any business in the region. Akers has thousands of followers of his weekly broadcast, “The American Innovator,” where he teaches about the power of innovation and lean thinking. He also shares his insights and observations, along with staggering photography/videography from his travels and adventures around the world. In 2010, Akers ran for the US Senate in Washington State on a lean platform of transforming government by empowering people. After the election, he has continued to work with various government agencies teaching them lean thinking and helping them create a lean culture in government organizations throughout the country.

Greg Glebe is founder and CEO of Xylem Design Inc., a manufacturing company dedicated to crafting displays and implementing techniques focused around continuous improvement and the elimination of waste. Its employees are attentive in making its processes more effective and efficient to pass that knowledge forward. This outlook generates excitement, learning, consistency, and ideas that are directed towards making the lives of its clients simpler. Xylem Designs employs over 20 people in the town of Fort Collins, CO. 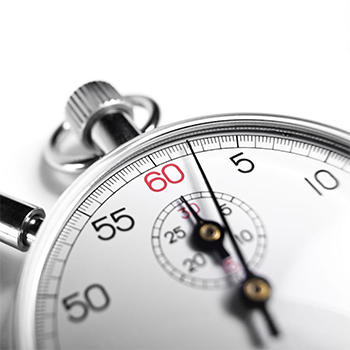