Reliability, resilience and agility: 4-sector panel discussion about bringing value to customers despite turbulence and tribulations in difficult markets

Pella Corporation, Stanford Health Care, Menlo Innovations and the State of Iowa represent four sectors - manufacturing, health care, IT software design, state government - that serve different societal needs, access different talent pools, science and technology, and are measured by stakeholders in very different ways. Yet, in delivering on their particular missions, each has to be as effective and efficient as possible, despite constant changes in operating environments as diverse as regulations, recessions, politics and competitor initiatives. Join Steven Spear, one of AME's 2015 keynote speakers, as he moderates a panel discussion with lean leaders from these organizations. Learn how these standouts have matured their approach to operational excellence, initially from tool-based initiatives primarily done on the shop floor to holistic approaches for non-stop improvement and adaptation that cascade down and out from leadership.

Steven Spear is a well-recognized expert in how exceptional organizations create competitive advantage through the strength of their internal operations. An MIT senior lecturer and a senior fellow at the Institute for Healthcare Improvement, Spear teaches in the leaders for global operations program in the Sloan School and has guest lectured at the Harvard Kennedy School of Government, Harvard Medical School, Ohio State University. Spear is one of AME 2015's keynote speakers and will continue his keynote discussion of operational excellence and innovation by moderating this panel of distinguished senior leaders representing manufacturing, health care, government and service.

Karin Peterson graduated from Upsala College with a bachelor’s degree in economics. She spent nine years in various business and IT organizations before joining Pella Corporation in 1986 as the Boston sales branch manager of finance and HR. Pella is the manufacturer of one of the top window and door brands for the residential and commercial markets, with 10 manufacturing sites across the country and approximately 7,000 employees. Since joining Pella, Peterson distinguished herself in multiple leadership roles as she moved from Boston to Chicago, Oregon and finally to Pella’s headquarters in Iowa where she is the vice president of human resources. Peterson has helped spread lean throughout Iowa with roles as a member of the deputy committee of the Iowa Business Council and Iowa Governor’s Board of Economic Advisors. She currently serves on the Central College Board of Trustees, chairs the senior leadership development and compensation committee for Central and is a member of the lean government collaborative for the State of Iowa. She was recently honored as Iowa’s 2014 lean champion by the Iowa Lean Consortium.

Amir Dan Rubin serves as president and CEO of Stanford Health Care, a $3 billion academic health system affiliated with Stanford University in California. Prior to Stanford, he held numerous posts in California, Texas and New York health care organizations including COO for UCLA Health System, COO for Stony Brook University Hospital and assistant VP of operations for Memorial Hermann Hospital. He has a master’s degree in health services administration, an MBA from University of Michigan and a bachelor’s degree in economics from University of California, Berkeley. Rubin continues to spread lean through his multiple board positions including, the University Health System Consortium, American Association of Medical College’s Council of Teaching Hospitals, National Center for Healthcare Leadership, The Joint Commission’s Leadership Advisory Council and the Board of Advisors for equity firms, Foresite Capital and Francisco Partners. In 2014, Rubin was recognized with the Ernst & Young Entrepreneur of the Year award in Northern California amongst large companies.

David Roederer’s journey toward excellence prepared him well to lead Iowa's lean transformation by being appointed the first director of the Iowa Department of Management in 2011, reporting to Governor Terry Branstad.  Among the many steps along the way, Roederer was a small business owner as the managing partner of StratVizion, Inc., a firm specializing in strategic planning, project development and management. He spent two-and-a-half years working in Saudi Arabia for a Lockheed Martin company designing a national law enforcement agency and served as executive director of the Iowa Chamber Alliance working Chambers of Commerce throughout Iowa. He also was appointed to head up Governor-elect Branstad’s transition team and served as Iowa Governor Terry Branstad’s Chief of Staff and Legislative Liaison. 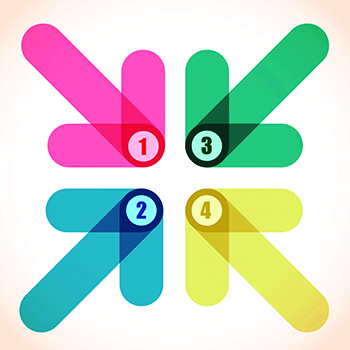