Jeremy Gutsche is a New York Times bestselling author and award-winning innovation expert, one of the most requested keynote speakers on the planet, and the founder of TrendHunter.com, the world's #1 most popular trend website, attracting more than 2 billion views from 150,000,000 total visitors. Prior to Trend Hunter, Jeremy grew a $1 billion portfolio for a bank and today, more than 500 brands, billionaires and CEOs rely on his unique expertise to find better ideas faster.

Before his dot-com success, Gutsche studied innovation at Stanford, completed an MBA from Queen's University, became a Chartered Financial Analyst, and graduated as a Chancellor Scholar from The University of Calgary, where he was later awarded Graduate of the Decade. He is routinely sourced by the media, from The Economist to CNN and Entertainment Tonight to The New York Times.

Gutsche has been described as "a new breed of trend spotter" by The Guardian, "an eagle eye" by Global TV, an "Oracle" by the Globe and Mail, an "intellectual can of Red Bull" by Association Week and "on the forefront of cool" by MTV. 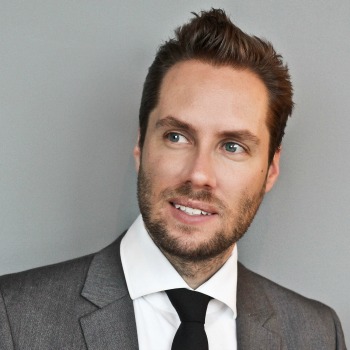