Developing your most valuable asset to fuel growth

Discover how to build a sustainable lean organization through internal employee development.

Once lean efforts have started to show gains, how does an organization grow and sustain without losing its focus? Hear how one organization with 20 percent year over year growth for each of the last seven years has taken on that challenge through heartbeat leadership development learning objectives. Gain insights into developing a leader first program, the role of core values, effective on boarding; creating the learning organization, and the importance of a daily engagement rhythm.

Founded in 1975, Electri-Cable Assemblies (ECA) is a leading designer and manufacturer of power, charging, data and electrical solutions for the office furniture industry. Its family of power and data modules extends from high end troughs for conference table applications to simple power data grommets used in training table applications and everything in between. ECA started its lean journey in 2000 and has earned a reputation for its engaging approach to building a sustainable lean culture. ECA strives to bring passionate people together to work hard, have fun and inspire each other. www.electri-cable.com

Paul Murphy is vice president of operations at Electri-Cable Assemblies. Over his career, he has held management positions in sales, engineering and plant management. He also started a lean consulting company and a lean software development company. He has earned a reputation for his expertise in lean manufacturing deployment, especially focused on leveraging the cultural aspect of rapid lean transformations. During his tenure as director of operations, two of the companies received national manufacturing excellence awards. Habco was the recipient of the AME North East region award in 2010. HID North Haven was awarded the Shingo Bronze Medallion in 2008 and Silver in 2009. Murphy has a degree in production engineering from the University of Limerick, Ireland and an MBA from Quinnipiac University. 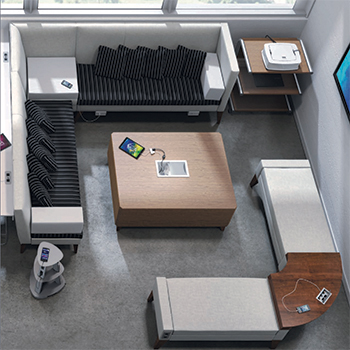