Learn how organizations are strategically aligning people and process improvement to consistently improve team performance via a 'Mission First – People Always' approach. Hear about the challenges experienced when organizations get out of balance and how leaders worked through them.

Our best improvement efforts are frequently too focused on making a flawed operations system produce results it not designed to produce. High performance organizations realize they just cannot work harder to produce expected results. This panel of senior leaders will discuss how they are creating an environment where people have confidence to work hard and the leadership has a plan to win. It is the core of trust and respect for people. Easy to say - hard to do! During this two-hour session, time will be split between hearing from the panelists during a moderator-led panel, then each panelist will join in small group discussions. This will allow you time to engage in longer, more personal conversations with the panelists and the moderator as each rotates from group to group.

Douglas Mayger is senior vice president and director at MTI Supply Chain. He joined Minerals Technologies in 2002 as plant manager, was named business manager in 2005, and general manager - carbonates west in 2007. In 2008, he was appointed vice president and managing director, Performance Minerals, and a member of the company's senior management team. In 2011, he was appointed senior vice president, Performance Minerals & Supply chain. Prior to MTI, Mayger held various positions of increasing responsibility at Aggregate Industries, Medusa Aggregates, Vulcan Materials Company and Allied Chemical. He holds a BS degree in mining engineering from the University of Missouri-Rolla.

Dan McDonnell is vice president of operations for Compressor Technologies & Services at Ingersoll Rand. He also held positions as VP of operation excellence and VP of operations for Trane Residential HVAC. His career began at Multilin where he rose from shop supervisor to VP of operations. He then spent 15 years with GE, serving as a plant manager and multi-site leader for 11 factories, and  lean manager for GE Transportation. McDonnell has served as AME's Canadian regional president and on the AME National Board with a term as national president. He has been a huge proponent of the Toyota Production System, since benefiting strongly from the first journey he drove to solve significant challenges in operations.

Bill Miley is CEO North America of Lisi-Aerospace, responsible for all Lisi-Aerospace North American manufacturing operations and North America and Pacific Rim marketing and sales. His career has spanned 10 years in construction and 25+ years in the aerospace industry. He held positions of Alcoa Fastening Systems (AFS) director at Arconic/Alcoa, and GM - Hildesheim, Germany and Nemesvamos, Hungary. He then assumed the role of AFS VP and GM – China. Prior to Alcoa, Miley held positions with Parker Hannifin as director of commercial flight controls and Smith’s Industries as director of operations. He also spent 10 years with Huck Fasteners. Miley earned BSc. degrees in civil/ structural engineering and material science from University of California, Davis, and holds an MBA from California State University, Long Beach. He is a licensed professional engineer.

Paul Murphy is vice president of operations at Electri-Cable Assemblies. Over his career, he has held management positions in sales, engineering and plant management. He also started a lean consulting company and a lean software development company. He has earned a reputation for his expertise in lean manufacturing deployment, especially focused on leveraging the cultural aspect of rapid lean transformations. During his tenure as director of operations, two of the companies received national manufacturing excellence awards. Habco was the recipient of the AME North East region award in 2010. HID North Haven was awarded the Shingo Bronze Medallion in 2008 and Silver in 2009. Murphy has a degree in production engineering from the University of Limerick, Ireland and an MBA from Quinnipiac University. 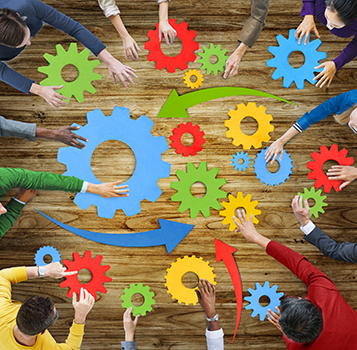