Check this out while you are in town

Cincinnati Union Terminal was a significant development in the history of Cincinnati transportation. One of the last great train stations built, Union Terminal has become one of the iconic symbols of the city and one of the most widely regarded examples of the Art Deco style.

Learn about Cincinnati’s past and early life in Ohio in the Cincinnati History Museum. Explore a recreation of the Cincinnati Public Landing of the late 1850s where you can step aboard a replica of the 94-foot side-wheel steamboat, the Queen of the West! See a model of the city of Cincinnati from 1900-40s with working trains and inclines, as well as interactive computer stations! Walking through the museum, you can engage with costumed interpreters. Ask them questions about their lives to better understand and connect to history. Speak with a settler new to the river valley in 1792, or help a flatboat man unload his cargo. Help the printer set type in his shop on the Public Landing, and learn about 1940s-Cincinnati from a conductor on our street car. It’s like going back in time! 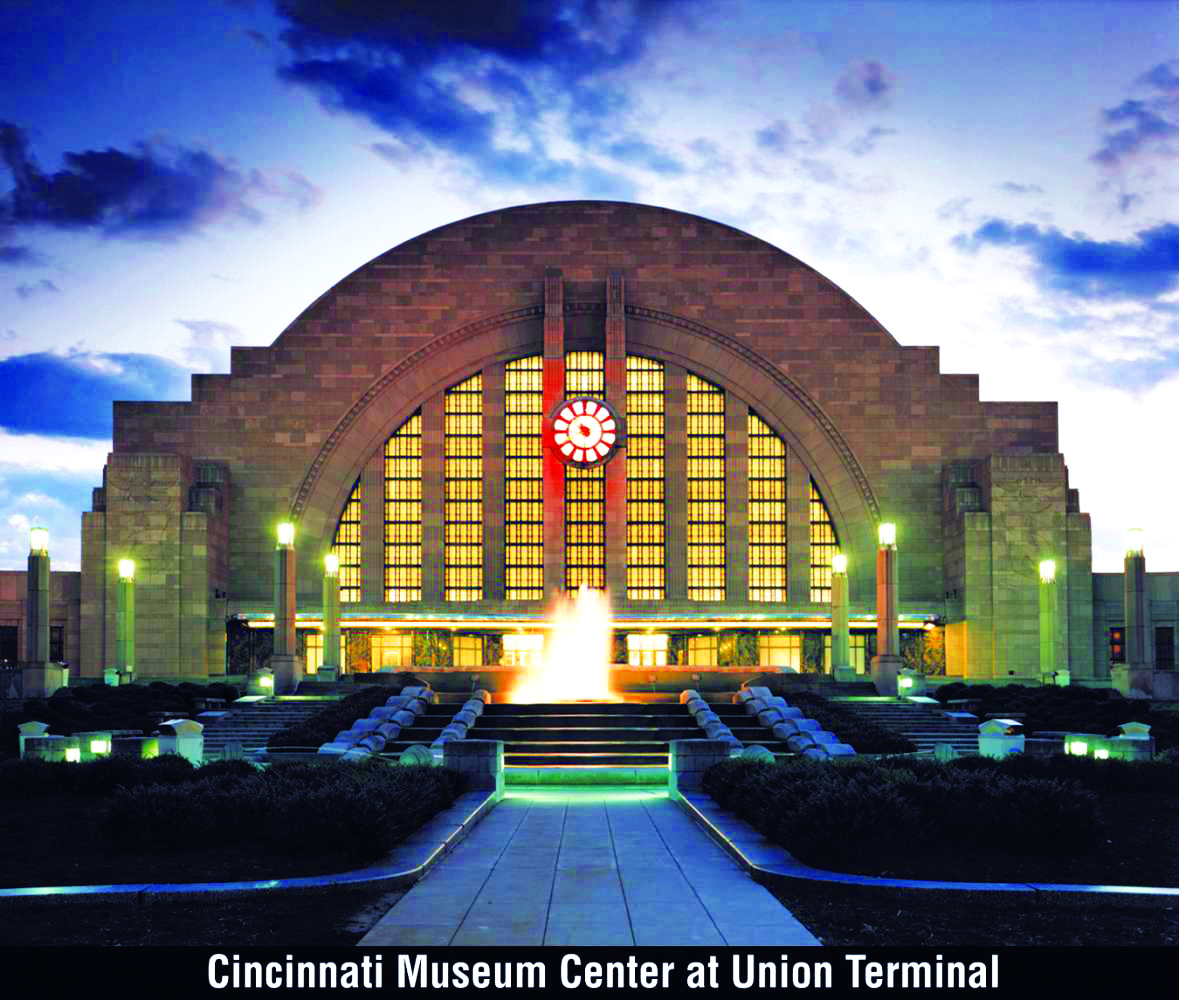