Breaking through the bureaucracy

Changing culture and breaking down silos in State Government

This session will begin with Deputy Director John Baranzelli giving an overview of the State of Illinois' Rapid Results program. Staff from Illinois Department of Corrections will present an overview of its agency's approach for implementing continuous improvement - department tailored training, empowering employees, and specific project examples.

During this two-hour “Speed Chat with Experts” session, time will be split between hearing from the panelists during a moderator-led panel and then individually as each takes place in small group discussions. This will allow time to engage in longer, more personal conversations with each panelist and the moderator as each rotates from group to group.

John Baranzelli is deputy director of the Illinois Department of Central Management Services and the chief administrator of the Illinois Office of Rapid Results. He is a registered professional engineer and a second generation Illinois State Government employee. Previously, Baranzelli held a variety of positions within the Illinois Department of Transportation including engineer of design and environment and ISO quality assurance officer. He is author of Making Government Great Again which chronicles his experiences coordinating the first successful ISO 9001 certification in the nation of a state transportation agency. Baranzelli is a member of the American Society for Quality and has serves on the leadership team of the Government Division.

Edwin R. Bowen (Bob) has been with the Illinois Department of Corrections for 20 years and serves as chief of staff. He completed the 7-week Champions of Continuous Improvement class through the Business Innovation Services and has helped Corrections train almost 250 employees and produced over 400 projects. Previously, Bowen held positions as production supervisor for the world’s largest producer of plastic containers and vice president of business operations for a commercial roofing company. He also served as director of facilities for Kaskaskia Community College. Bowen holds an associate in applied science in administration of justice from Kaskaskia Community College and a BSc degree in administration of justice from SIU-Carbondale.

Brittney Lamsargis has worked for the State of Illinois since 2014. She completed a 7-week continuous improvement training through the Illinois Business Innovation Services, then became a trained trainer for the State of Illinois’s Rapid Results initiative and has trained almost 300 Department of Correction’s employees on the tools needed to participate in the Rapid Results program. This led to nearly 600 projects that have allowed the Department to see an annualized savings of $3.3 million and over 250,000 labor hours redeployed. Due in part to her CI efforts, she was chosen as the IDOC Employee of the Year in 2018. Lamsargis is a graduate of Blackburn College in Carlinville, Illinois where she earned her bachelor's degree in criminal justice with minors in political science and psychology.

Kimberly Smith began her career as a law enforcement officer. Over the next 40 years, she held positions as a police officer, probation officer, supervisor of adult and juvenile probation officers and federal parole and pre-trial officer. She began her IDOC career as assistant warden of programs in the Women’s Division at Decatur Correctional Center, then transferred to Taylorville Correctional Center with the Men’s Division, serving as warden. She then became a certified Rapid Results Trainer for the IDOC, sharing cost-efficient and time-saving projects statewide for better productivity. Smith received the Illinois Sustainability Award in 2018. She trained at the Illinois State Police Academy, Federal Law Enforcement Training Academy and the National Institute of Corrections. 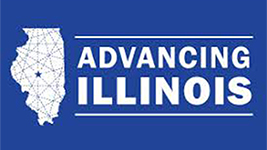