Learn how organizations are strategically aligning people and process improvement to consistently improve team performance via a mission first – people always approach. Hear about the challenges experienced when organizations get out of balance and are too focused on either people or process causing team performance failures and how these leaders worked through them.

Our best improvement efforts are too frequently focused on making a flawed operations system produce results it not designed to produce. The high-performance organizations realize they just cannot work harder to produce expected results. This panel of senior leaders will discuss how they have and are creating an environment where our people have confidence that if they work hard then the leadership has a plan to win. It is the core of trust and respect for people. Easy to say—hard to do.

During this two-hour “Speed Chat with Experts” session, time will be split between hearing from the panelists during a moderator-led panel and then individually as each takes place in small group discussions. This will allow you time to engage in longer, more personal conversations with each panelist and the moderator as each rotates from group to group.

Joseph Barto is the founder and president of TMG, Inc., a registered veteran-owned small business and a leader in human performance systems, including strategy development, analysis, design, development and implementation. A retired U.S. Army lieutenant colonel, Barto was chief of current operations during Operation Desert Shield for the 24th Infantry Division (Mechanized) and served during Operation Desert Storm. He holds a BS degree in engineering, U.S. Military Academy and a master’s degree in public administration, James Madison University. Founder of the Vet-STRONG program, he is a board member for the AME Southeastern Region and the New Horizons Regional Education Center Foundation. He is also on the steering committee for the Hampton Roads Quality Management Council and is chair of the workforce development committee of the Virginia Offshore Wind Coalition. www.tmgva.com

Sid Dickerson is vice president of operational excellence, development and deployment at Ingersoll Rand. He has 32+ years of manufacturing and leadership experience, in multiple leadership positions that allowed him to coach and influence change 25+ years. His most recent initiative has been around creating a model plant within Ingersoll Rand. Prior to Ingersoll Rand, Dickerson worked for Toyota Motor Manufacturing in Georgetown, KY, where he held multiple positions starting on the production floor to assistant general manager. During this time, he learned from the inside what makes up the Toyota culture. www.ingersollrand.com

Paul Murphy is vice president of operations at Electri-Cable Assemblies, a leading designer and manufacturer of power, charging, data and electrical solutions for the office furniture industry. He has spent 30 years working for manufacturing companies in different management positions, including sales, engineering and plant management. He also started a lean consulting company and a lean software development company. He has earned a reputation for his expertise in lean manufacturing deployment, especially focused on leveraging the cultural aspect of rapid lean transformations. During Murphy's tenure as director of operations, two of the companies received national awards for manufacturing excellence. Habco was the recipient of the Association for Manufacturing excellence (AME) Northeastern region award in 2010. HID, North Haven was awarded the Shingo Bronze medallion in 2008 and Silver in 2009. www.electri-cable.com

Wayne Pitchford is the vice president of operations for Neptune Technology Group, a technology company serving more than 4,000 water utilities across North America, making data actionable using effective software and hardware tools that are interconnected by a smart network, with expertise and experience specifically focused on the business of water. Pitchford has 29 years of experience with Neptune Technology Group and has served in many various roles including manufacturing engineering management, production management and quality management. He has been involved with AME since 1993 and currently serves as treasurer on the AME board. www.neptunetg.com

Ben Tanner is senior director at Treehouse Foods, Inc., where he is working to help build an internal lean system to drive cultural and financial results for the business. He has worked in manufacturing and distribution for 15 years in several industries including the military, aerospace, HVAC, e-commerce and food manufacturing and distribution. In these different industries, he has worked both in operations and continuous improvement in roles such as general manager and director of continuous improvement. www.treehousefoods.com 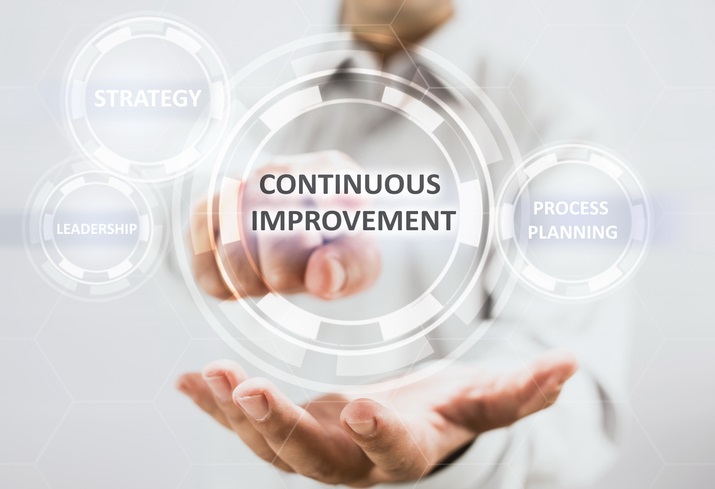