Trane takes lean beyond the factory

Ways to grow the business through lean leadership, problem solving and visual management

Hear how Ingersoll Rand's purpose and investment business case for launching lean tools in the sales office is to achieve incremental growth through excellent sales processes. By developing lean leaders and enabling ownership, learn how it has seen a tidal wave of culture change throughout the sales organization. Lean applied to sales environment success stories will be shared. Discover how lean isn’t just in the factories any more!

Kaitlyn Pogue Kelly is an opex senior change agent at Ingersoll Rand. She has been with Ingersoll Rand in various roles and business units/brands for the last 10 years and has held roles in lean and change management for 7 years, spending the last few years applying lean to transactional functions, focusing heavily on sales. Kelly is a Penn State School of Engineering graduate and a University of Louisville MBA graduate.

Tyler Kidd is the senior value stream coach for Trane Commercial Sales. He has worked at Ingersoll Rand for 5 years and has held various opex and leadership roles at Club Car and Trane. Kidd is a University of Mississippi graduate in civil engineering and holds a master’s degree in mechanical engineering.

Eric Rodgers has worked for Ingersoll Rand in various roles for the last ten years. He has worked in service operations for the last five years. His lean journey began five years ago when he joined the Chicago/Illinois district office. Rodgers is a University of Colorado School of engineering graduate.

Eric Simon is the energy services and controls solutions leader at Ingersoll Rand's Trane commerical sales office. He was first introduced to lean principles in 2016 and has since completed numerous lean trainings within Ingersoll Rand to deepen his understanding of the tools. Simon is a graduate of Lipscomb University. 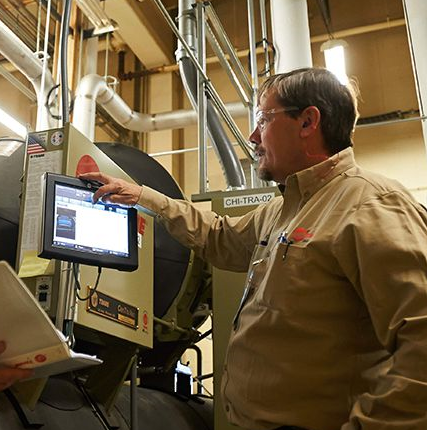