Are You Sure You’re Not Next?

By:
Rebecca A. Morgan 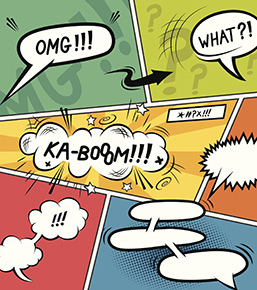 The VW scandal knocked the Takata, GM and other scandals off the front pages. Financially and reputation-wise, this is a big one. The intentional nature of long-term lying to customers, dealers, government agencies and the general public makes it especially notable.

Whether or not VW survives, this scandal soon will be replaced in the headlines by a new quality/ethical/financial scandal of some other company.

Will it be yours?

If yours is a small B2B manufacturer, similar deception or quality failure is unlikely to make worldwide front pages; they will, however, quite likely cost you everything.

The details of the VW scandal indicate that a couple of internationally regarded engineers were Patient 1. They had accepted an assignment that only the great could fulfill. Realizing that even they couldn’t meet the objectives and the schedule, they chose to cover rather than admit. That decision accelerated and became seemingly unstoppable as it expanded to others required to support the cover-up.

The Watergate political scandal, which took down a U.S. president, has nothing on this for poor and completely preventable self-interest-driven insanity.

Your business may have systems in place to assure quality in design and execution, but do you have the culture in place at the individual level to prevent or quickly spot temptations to lie? Do your processes build in cross-verification to prevent a rogue group from unintentionally destroying your business?

Reinforcing the great things an individual accomplishes is important, but so is honest communication about the impossible dream. As honest-communications expert Steven Gaffney tells us, what is unsaid is often as important as what is said.

Ask questions that provide an open door for whispering concerns. Instead of asking, “Are we on schedule?” ask “What are the most significant challenges your team is facing?” and insist on a meaningful answer. Listen to those responses carefully. These are not “passing in the hall” or “project update” conversations. The former is merely polite, and the latter is not a safe place to disclose a concern likely viewed as simply not yet resolved.

An internationally famous talent is easily subject to a fear of public failure. A company talent doesn’t want to let his team down. The feeling that “that train has left the station” can pressure almost anyone to keep concerns quiet.

Listen for problems, for concerns, for discomfort. Don’t listen for “we’ve got it, boss!” Build in cross-resource verification processes to supplement your ears.

It’s much better to fail than to #FAIL.