Calculations that once drove manufacturers to chase obvious savings in China or Mexico now must be rewritten, so they can incorporate a more nuanced view of the production costs in an evolving global marketplace. Where should a company manufacture? It depends on the product.

In particular, heavy industrial manufacturers that engineer custom complex products may find an erosion of savings once associated with a move to a market such as China. The convenience of staying put in the United States at times may outweigh the slimming gains of relocating operations to traditionally low-cost countries.

Why is the math changing? Simply put, equations that focus too heavily on the price of labor often ignore the costs of overhead, transportation, the complexity of global supply chains and the benefits of proximity to a manufacturer’s own design and engineering teams. These factors can significantly undermine the cost reductions associated with cheap materials and labor, especially as wages rise in manufacturing strongholds.

Let’s start by defining the types of products that can be manufactured:

1. Made-to-inventory. These are standard products that are kept in stock. You can have inventory in the pipeline, and the lead times are less relevant.
2. Made-to-order. These are also standard products, but they are typically low volume, with high order variability. There is no need to redesign the products in order to manufacture them, but they are only made when there is an order from a customer.
3. Engineered-to-order. These are complex products, for example, equipment, that must be designed based on certain clearly defined customer specifications. They are, by definition, custom products.

For example, consider a case involving made-to-inventory or made-to-order products and the possibility of moving the manufacturing of such products from the U.S. to either Mexico or China:

*Data provided by Argo Consulting. Aggregated data based on client work performed from 2010-2016.

Based on labor and material alone, China seems advantageous. However, when factoring in transportation, Mexico now becomes a better choice than China.

In addition, when workforce dynamics are brought into the equation, Mexico and the U.S. become even stronger options. China once appeared to be the most economical solution for manufacturers who wanted to reduce the expense of labor, but the rising cost of living in Shanghai has prompted the government to mandate raises of eight to 12 percent annually to attract more workers to the manufacturing region. Moreover, many companies with operations already in the area report high turnover rates. Labor costs are expected to rise faster in China than in the U.S. or Mexico.

As a result, U.S. manufacturers of standard products now often look to Mexico and are joining a surge of automobile companies that have relocated factories and assembly plants south of the U.S. border. Overhead costs and management wages are about the same in Mexico as in the U.S., but manufacturers can pay workers on the factory floor about a quarter of the combined direct and indirect wages they would pay to U.S. workers. Companies that employ more than 500 non-specialized factory workers will generally benefit by moving operations to Mexico.

By contrast, for engineered-to-order products, the US is still a very good choice. For these more complex products, the benefit of off-shoring gets quickly offset by longer lead times and higher freight costs. Here, the location of the supply chain becomes a critical factor in determining the placement of a factory.

China dominates in both the electronics and textile arenas, offering clear advantages to companies producing products in these verticals. But heavy industrial manufacturers rely on more diversified and complex supply chains, as well as very well-educated labor markets. These manufacturers must carefully weigh the cost and reliability of the vendors on whom their own production relies, comparing geographic costs and delivery timelines. Companies that engineer custom products should be particularly wary of long lead times and high freight costs, as well as the creation of hurdles that separate design, research and development teams in countries such as the U.S. from their colleagues in remote factories. Logistical tangles can quickly erode savings.

Some manufacturers may prefer to hedge their bets in the face of variables as dynamic as transportation costs and wage inflation, spreading operations around the globe to improve proximity to both customers and suppliers.

As you see, standard products that can be pre-made to fulfill projected demand or, in cases of low demand, made to fulfill specific orders, now often can be produced more economically in Mexico than in China. Meanwhile, the U.S. and other labor markets associated with higher wages are increasingly at the forefront when it comes to producing engineered-to-order products that require complex supply chains and interaction between design and production teams. 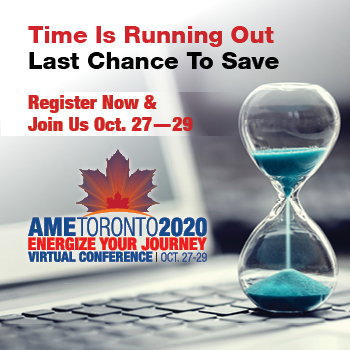