How to empower and engage frontline team members

“Treat every child as our own. Treat everyone the way they would want to be treated. Never turn a child away for any reason.” These promises made to the community in 1890 are alive and strong today at Akron Children’s Hospital. Founded as a day nursery with a few small rooms, Akron Children’s now has two hospital campuses, four health centers, 31 primary care offices and 60 specialty locations. It cares for 1.1 million outpatients per year and employs more than 6,000 people. One way that the hospital holds to the original promises is through its dedication to operational excellence.

Beginning in 2009, Akron Children’s created the Mark A. Watson Center for Operational Excellence (OpEx) program and began training employees from varying professional backgrounds in lean practices. Launched with the motto “Process Improvement Through People Development,” the program has worked to perfect several strategies to empower and engage its frontline workers. Here are three that the OpEx team says have been the most effective.

The A3 Improvement program

One of the foundational ways the OpEx team used to engage frontline workers in continuous improvement is its A3 Improvement program. Fundamentally based upon the mantra of “Those who do the work change the work,” the A3 program provides problem-solving training to anyone in the organization wishing to improve departmental processes, with the support of their leadership. Its goal is to help employees increase the value they and their department deliver to patients, the hospital and the community.

The Akron Children’s A3 training is framed around the DMAIC (Define, Measure, Analyze, Improve, Control) methodology, with the Plan, Do, Check, Act (PDCA) cycle emphasized in the improvement phase. During the training program, A3 candidates identify a work process to improve, complete the A3 project to establish and implement an improvement, and then write standard work instructions to sustain it.

Though everyone who completed A3 training was engaged in trying to make improvements within their work areas, many also helped improve work practices beyond their functional departments. As of 2019, more than 458 employees have completed more than 400 A3 projects, which saved $2.8 million while reducing outpatient access times by 688 days and wait times once patients are being taken care of by over 47,000 days. Just as important, many of the A3 graduates have gone on to leadership positions, which further strengthen the hospital’s adoption of operational excellence practices. Overall, the results show that the A3 program is one of the most effective ways to improve the hospital’s work processes, while it enhances the staff’s problem-solving capabilities and develops people through engagement and empowerment.

Having the OpEx team train and coach the A3 candidates has worked to empower and engage frontline employees and enable the successful completion of improvement projects. Next, the OpEx team decided that to move toward its ideal state, it needed to increase the involvement of supervisors and managers. This conclusion derived from two realizations. 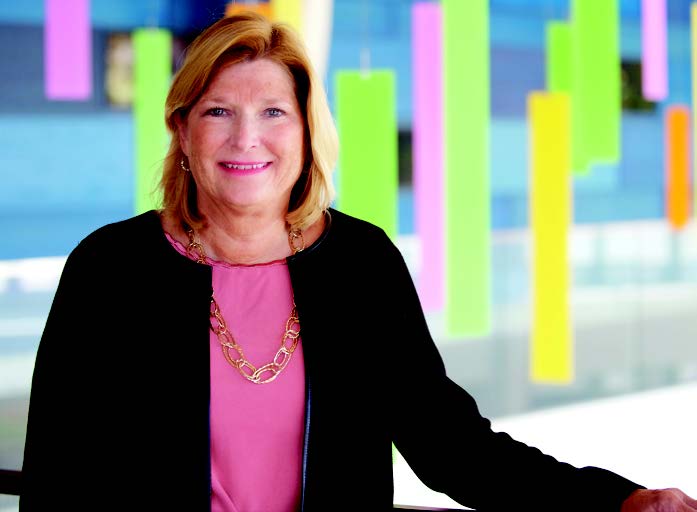 First, the OpEx team had noticed that, while the A3 candidates were excited about getting to fix the departmental processes that had been bothering them, the local leadership was struggling to figure out its new role. Before the A3 Improvement program, supervisors and managers had been the primary—and in some cases, the sole—problem-solvers in their department. Once A3 program graduates were empowered to identify opportunities for improvement and to make improvements using the structured problem-solving, the local leaders were no longer the primary problem-solvers. Instead, they spent much of their time fighting daily “fires.”

Second, the OpEx team realized that the job of coaching over 6,000 employees would require more coaches.

Their conclusion was to train supervisors and managers to provide lean and A3 coaching to their staffs. Also, the team would create a local improvement system that facilitated the identification and proactive mitigation of daily challenges and created an opportunity to reflect on day-to-day operations within a department or workgroup. This system would formalize a new role for the supervisors and managers and increase the number of trained OpEx coaches.

In 2011, the OpEx team deployed the approach that would engage the leaders of functional areas in daily improvement work: a management system grounded in tiered huddles. The OpEx team taught and coached the system to a large number of local leaders over the next three years to help them understand and improve their operations. The chief operating officer at the time, Grace Wakulchik, set out to ensure that all areas practiced daily huddles by establishing a corporate goal to help propel its adoption.

The result was a system-wide, linked tiered-huddle process that connects the frontline work to the top of the organization daily. When the process was first implemented, the leaders of the areas led the huddles. As they became more comfortable with the huddle’s purpose and meaning, the leaders created opportunities for team members to lead their huddle. Ultimately, in most areas, a rotation of frontline team members leads the departmental huddle.

Tiered huddles led to quick wins, mostly from making small adjustments such as moving a scale to a more accessible location, creating checklists, implementing better visual management and the like. Through those more modest improvements, the tiered huddles, in turn, helped Akron Children’s build a system that adapts as the hospital grows.

As the number of regional sites increases, the huddle system helps facilitate consistent processes and shared learning across all functional areas. The leaders and team members practiced the proactive approach for managing their day that creates some predictability and stability, which allows them to focus on the most critical issues. The leaders provide support while the frontline team members feel empowered to bring forward ideas that improve workflow, patient and family satisfaction, and the work environment. It’s a win-win-win. 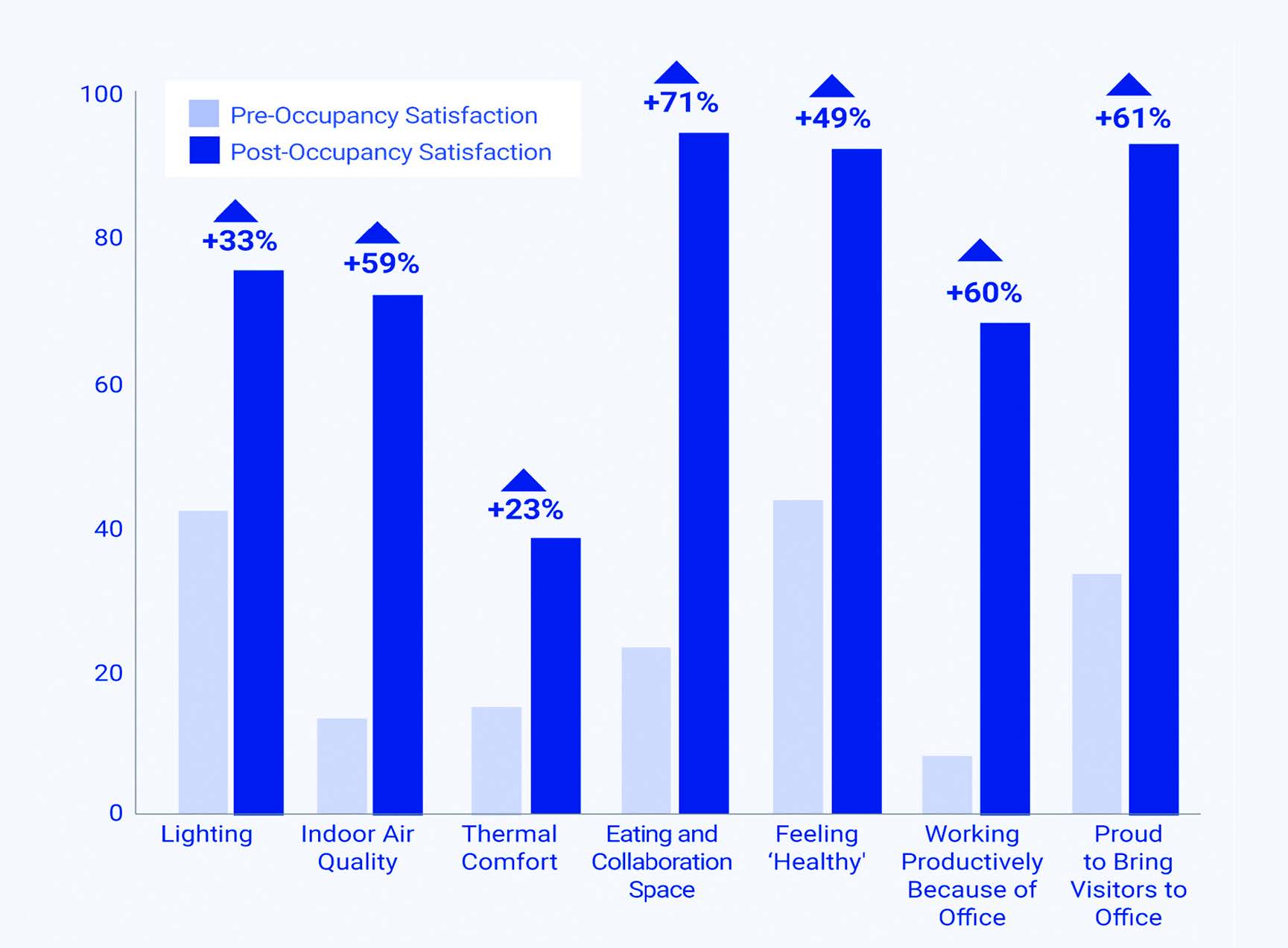 The third way that Akron Children’s empowers frontline team members is by involving them in the lean design and redesign of physical spaces. Akron Children’s lean design work started in 2009 with the renovation of the sterile processing area that cleans the surgical instruments. It continued with the redesign of two outpatient practices, a chemotherapy pharmacy and an operating room. With those successful efforts, the process became a critical component of the OpEx program. Since then, several laboratories, outpatient regional facilities, ambulatory building additions and a critical-care tower have been designed or redesigned with the process.

For a recent project, the OpEx team partnered with in-house and external architects and the operations teams to support the growth of the Akron and Mahoning Valley campuses. Each member of the team was taught lean principles, including the flows of healthcare; for example, specimen flow, medication flow, patient flow, etc. Also, each team member was empowered to speak up on behalf of their profession’s perspective to ensure the team designed the ideal space.

Design teams created value stream maps, spaghetti diagrams and product family matrix charts. They also timed critical processes to ensure they understood the current state. The groups discussed what worked currently within their space in terms of functionality and identified what they would like to change in the future-state design.

From the one-dimensional drawings, architects partnered with the construction teams to build out spaces in full-scale cardboard to test the new design space. The design team was then able to see the area, test critical scenarios that happen in the space to see what works and what doesn’t. The tests included such processes as running mock codes and traumas, testing outpatients who need wheelchairs and wagons, and simulating a longer registration process.
After a couple of rounds of testing, teams used the new information to change the space, often significantly, from their first paper drawings. Based upon the feedback of the frontline team members, the architects then re-shaped the cardboard space and the team retested the area.

After the work sessions, the OpEx team helped the operations teams lead feedback sessions so that more of the area’s frontline could contribute their ideas. The design team then had their peers complete another review of the prototype space and asked for specific feedback in the areas in question. For example, if the design team was still unsure about the placement of an analyzer, their peer group provided insight to further inform the design.

As it works on designing the physical space, the design team also develops new processes and new standard work to support the renovated space.
Again, the design team thoughtfully brings their peers and leadership into the conversation to shape out the details.
During the lean design process, everyone feels that their voices are heard. By the time the space is created in real life, staff members are comfortable about the transformational change.

By training, engaging and empowering every single team member, including the more than 5,500 frontline employees, the Akron Children’s OpEx model improves patient care, creates more effective workspaces and consistently delivers positive financial impact. However, the hospital’s approach builds capability not only for improvement but for growth.

By having frontline team members lead improvement projects and huddles and participate in designing better workspaces, Akron Children’s is developing its future leaders. Like many industries, health care changes at a rapid pace and operational excellence can help to create the agility and capability necessary to excel in such a fast-changing industry. Most important, Akron Children’s leadership credits its OpEx model with helping the hospital keep the promises it made to patients in 1890.

AKRON CHILDREN'S A3 PROGRAM RESULTS AS OF 2019:

Anne Musitano, PharmD, MBOE, LSSBB, is the operational excellence director in the Mark A. Watson Center for Operations Excellence and a pharmacist at Akron Children’s Hospital. She will share details about the hospital’s OpEx journey in her Front-line team members transform the organization session at AME Chicago 2019. This article originally appeared in the Fall 2019 issue of Target magazine.