As the economy evolves, technology advances and the workforce changes, individuals need to have the relevant skills, intellectual curiosity, the willingness to learn and adaptability for new-collar careers.

IBM CEO Ginni Rometty has been calling for government and business leaders not to think in terms of white-collar or blue-collar jobs, but new-collar jobs instead. IBM plans to hire 25,000 new-collar employees by 2020. Rometty said she believed that these were jobs that may not require a traditional college degree. New-collar workers may have degrees, or they may have gained the necessary skills through vocational training.

While some of these new jobs require a college education, most are "middle skill" jobs requiring a high school diploma, a foundation of math and science along with some additional training offered by an apprenticeship and or credentialing program. The Federal Reserve Bank of New York research indicates from September 2017 to September 2018 that 41.5 percent of recent college graduates were underemployed in the United States.

Students can attend public community and technical colleges for a fraction of the cost of tuition at four-year universities. Twenty-seven percent of people with less than an associate degree, including apprenticeships, licenses and certificates earn more than the average bachelor’s degree recipient.

Apprenticeship is a proven approach for preparing workers for jobs while meeting the needs of business for a highly-skilled workforce. It is an employer-driven, “learn-while-you-earn” model that combines on-the-job training, provided by the employer that hires the apprentice, with job-related instruction in curricula tied to the attainment of national skills standards.

From their first day of work, apprentices receive a paycheck that is guaranteed to increase as their training progresses. The apprentices are paid while they are in classes, unlike university students who pay to attend classes and graduate with student debt.

The apprenticeship model is leading the way in preparing American workers to compete in today’s economy. Apprenticeship programs keep pace with advancing technologies and innovations in training and human resource development through the complete involvement of employers in the educational process.

One of the nation’s premier apprenticeship programs was founded 1919 at Newport News Shipbuilding, a division of Huntington Ingalls Industries in Newport News, VA. The Apprentice School program is an industry-driven, hands-on apprenticeship college for individuals interested in pursuing a career in shipbuilding.

The Apprentice School provides a pipeline of talented, skilled leaders to support the business and drive the future of the company. The school offers four- to eight-year programs in more than 19 shipbuilding skill areas, as well as advanced programs to develop the next generation of world-class journeymen and company leaders.

Described as the “gold standard” by Newport News Shipbuilding president and CEO Mike Petters, the program has been successful in providing workers with the skills to succeed in advanced shipbuilding. In fact, 80 percent of Apprentice School graduates are still with the company ten years after graduation. It’s a real magnet for talented students, since engineers at the company can make nearly double the nation’s median hourly wage.

A growing number of employers, community colleges, workforce agencies, youth programs, labor organizations, policy experts and others across the country are advancing apprenticeship and work-based learning strategies as workforce development and talent solutions for American businesses.

Jobs for the Future (JFF) launched the Center for Apprenticeship & Work-Based Learning to spur mainstream adoption of innovative and high-quality apprenticeship and work-based learning programs that connect more people in the US to good jobs with good wages while providing employers with the skilled workers they need to grow.

Apprenticeships are the new gold standard, states Harry Moser, Founder/President, The Reshoring Initiative. “All countries, even Germany, are having problems attracting and training skilled workforces. The U.S. will bring back from offshore millions of manufacturing jobs when its apprenticeship system goes from being a laggard to a world leader.”

To address these opportunities and challenges the Association for Manufacturing Excellence (AME) is holding a summit May 9-10, 2019, in San Antonio for business, educators and community leaders to learn how to graduate career-ready citizens while retooling the current work force for success in the 4th Industrial Revolution. For more information go to http://www.ame.org/event/san-antonio-2019-summit. 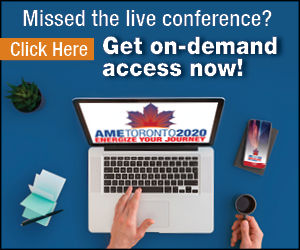