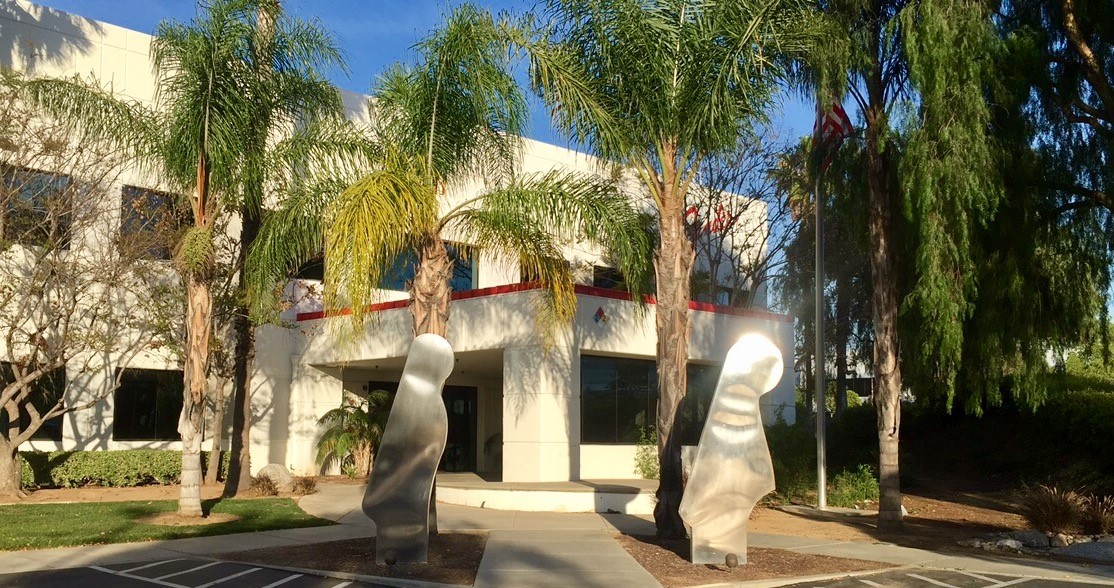 Before 1946, if a guitar was damaged inside a manufacturing facility, there was a good chance it would never be played. Leo Fender, a southern California inventor, had the idea to build a guitar that came apart, specifically by bolting the neck to the body rather than gluing it (among other innovations) making it easier for manufacturers to check for errors and reduce waste.

In 1951, Fender Musical Instruments Corporation introduced what was eventually called the Telecaster. The first solid-body Spanish-style electric guitar to be commercially mass-produced, the Telecaster instrument not only lent itself to mass-production, it created an entirely new sound that went on to transform the way we hear and experience music in rock ‘n’ roll, country and western, jazz, rhythm and blues, and many other genres. With Fender’s new design, builders could isolate the issue, replace the part, salvage the working pieces and put the guitar back into production. 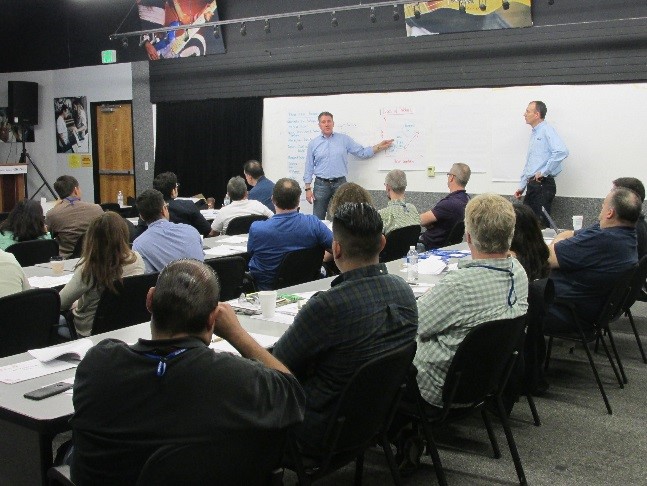 One could argue that Fender was founded upon lean principles. I had the privilege of seeing a few of these lean ideas in person in March 2017, when Fender opened the doors of its flagship manufacturing facility in Corona, CA to host an AME regional event on the topic of A3 development.

It turns out that when you combine modern lean methodology with Leo Fender’s philosophies on the manufacture of musical instruments, you get lean rock stars. And in keeping with this analogy, I’ll tell you that presenters John Rubio and Tom Murphy are like the Jimmy Hendrix and Paul McCartney of A3 thinking.

Gathered in a sound-proofed room above the manufacturing arena at Fender, a group of lean practitioners spent the day learning the “process to manage the process” that is the A3. In textbook terms, the A3 is an evidence-based process of improvement (akin to the scientific method) that can help you to visually identify problem areas in any work environment—not just manufacturing.

As someone completely new to lean, I wasn’t sure what to expect. Encouraged by the notion that A3 thinking can be applied to any problem, I bunked up with the Fender team and attempted to apply my journalism degree to the A3 process.

I quickly realized that I already understood.

The A3 is, in its essence, a story. When completed, you are left with the story of a problem from beginning to end, and a pretty good idea of how to fix it. The more A3s you collect, the more the stories paint a picture of how you live and work.

Like with any lean tool, the structure of the A3 exercise will help you to identify problems and keep improving; but, it’s a cultural mindset that you’re really meant to learn from it. The A3 presents a new way of thinking—its purpose is to train you to see problems.

When practitioners talk about their organization’s lean journey, it’s easy to see just how passionate they are. Lean catches on because it works. But, how does it work? Why do so many try and fail?

Manufacturing operations manager at Fender, Luis Tavares, compares Fender’s lean journey to the 1984 film, “The Karate Kid.” An organization has to “wax on, wax off” for months on end in order to sustain a continuous improvement culture.

Where so many organizations fail, explains Tavares, is in this first and most critical phase: Change the way you think. Easy, right?

Going to the gemba 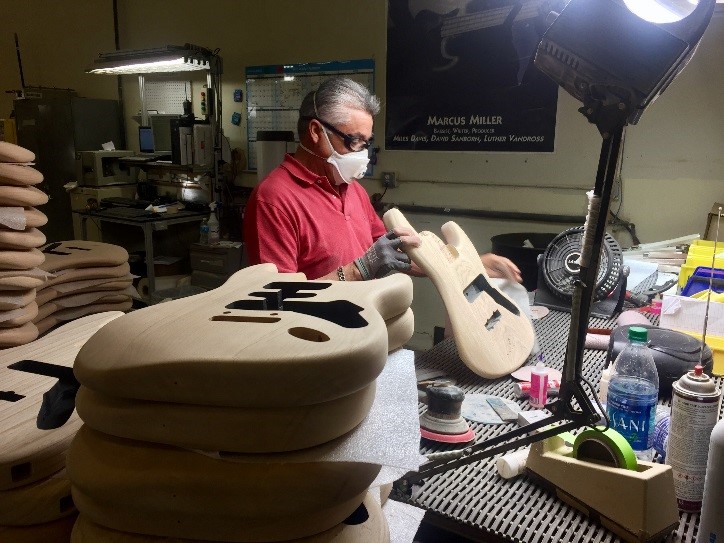 Down a long corridor inside the Fender plant, the walls are plastered with memorabilia, each worth more than my first car. The rock stars of old peer down at me from black and white posters.

The wood shop—what Fender would have me believe is their opening act—feels more like a headline performance. A guitar neck labeled “John Mayer” rests casually on a shelf above a station stacked high with wooden guitar parts. Sawdust falls like a faint veil over the tile floor.

Inside the paint shop, a tarp sign reads, “The safe way is the best way.” Guitars hang from the ceiling above us like a chandelier (I’m told this adornment was once a drying rack, now used mostly for storage). 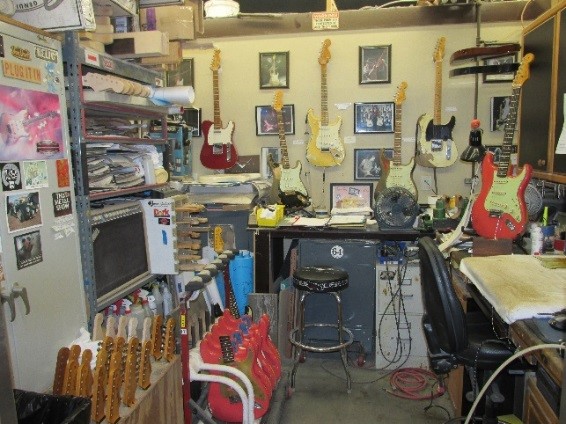 Deeper inside the facility, Chris Cornell’s “Sound Garden” plays loudly over the clunks and pounds of craftsmen piecing the instruments together. It’s in this space where all the pieces come together before moving out of production and into storage. On the opposite end of the facility, is a completely different world.

Nicknamed the “dream factory,” the Fender Custom Shop is the encore performance—where no two guitars are made exactly alike.

It’s a spectacular stage, and Fender performs quite the show.

Events like this one are a perfect example of what AME does best: Rock star training at world-class facilities, practitioner to practitioner shared learning experiences, and a platform to create business relationships that help everyone improve.

Lean is not a series to tools to be mastered—it is a way of thinking. I have learned that lean goes beyond manufacturing—it stretches across continents and industries and translates to every language. Take away the acronyms and terminology and one is left with a simple question: How successful do you want to be?