The System Italia approach to manufacturing

So you think you’ve seen it all when implementing “lean manufacturing”? Let me take you to a unique approach conducted in Italy as part of the American journalists’ tour conducted by the Italian Trade Agency in Chicago under the direction of Bart Pascoli. We toured several industries in Italy including packaging, automobiles and universities. This article touches on the lean manufacturing workshop taught at the University of Carlo Cattaneo. Future stories will address the other industries and what we saw and learned.

The course was designed by JMAC and held at University of Carlo Cattaneo (LIUC) campus and lead by Professor Alesandro Sinatra of LIUC, there is a very unique approach that involves students and professors from several countries including Russia, India, United States, Mexico, Italy, Iran and Brazil. LIUC itself is very unique and the campus, facilities and buildings were all previously part of a major textile factory, for which Italy is famous. 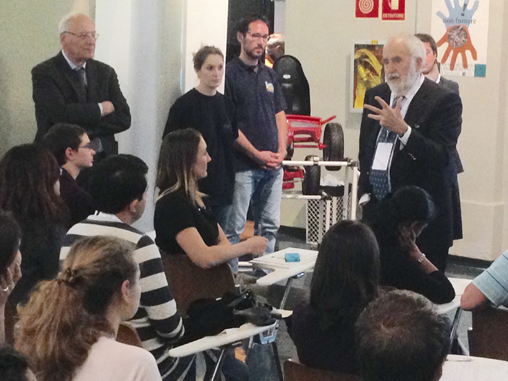 Professor Sinatra with other professors and students in a training session

Professor Sinatra explained to us on the journalists tour how the students are taught the “System Italia” consisting of learning the various approaches Italian companies have used to become successful abroad. The official language during the course was English, which I appreciated, and there was a specific curriculum with two sets of learning objectives. This curriculum ties very closely with what we know as the Toyota Production System and lean’s two main pillars: continuous improvement and respect for people.

The first set of learning objectives was centered on professional skills:

The second set of objectives was focused on developing the soft or people skills:

With these lofty goals the Learning workshop was structured into two full days called the “Kart Factory® Basic Workshop". Over the 2 days they held four “Runs” of building Karts. The first run started with few tools and little experience, but moved through each run with analysis of standardization, identifying improvement opportunities and noting lessons learned by all students and professors. This approach proved to be very effective to take improvement out of the classroom and into the gemba (work place). This was the rapid “cycles of learning” that we talk about and the teamwork approach that we value highly. 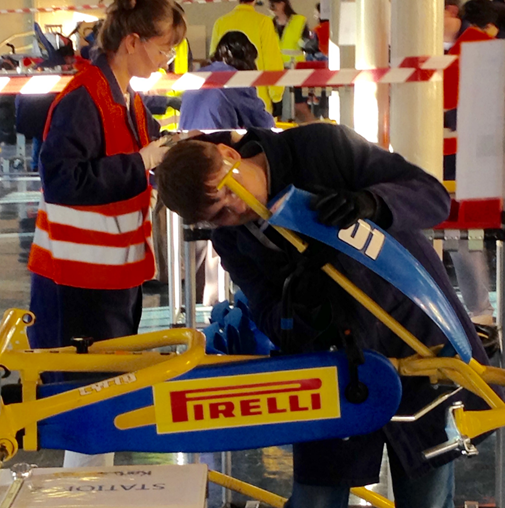 The Kart Factory floor simulated a real factory with production tools, pallets, Andon systems and real time reporting of defects, processing costs, and steps completed. The normal production metrics of safety was emphasized. The principles learned in this production environment were stressed so that they could be used in other departments such as engineering, purchasing, administration and leadership. 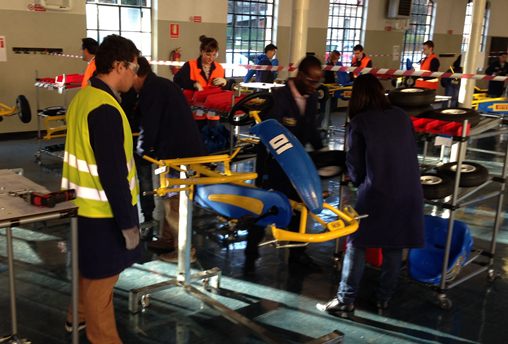 There were teams assigned to three assembly lines that evolved into friendly competition between them. The major strategic metric was the cycle time it took to build three Karts, start to finish. The real sharing and learning occurred when the team members reviewed what they had done in the previous run that could be improved. Everyone had different ideas that were evaluated and then continuous improvements were implemented as a system rather than the sub-optimization that we often see in stove pipe departmental organizations. 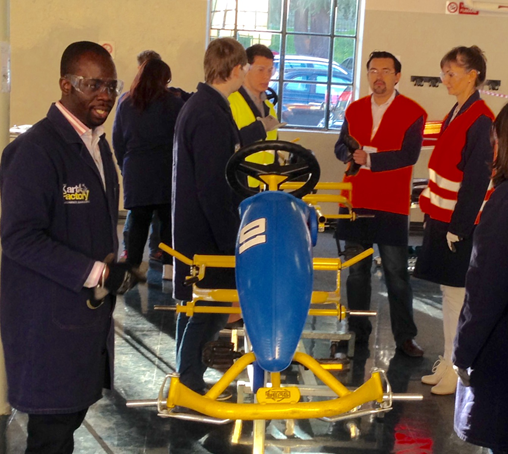 So the three training principles used were:

The workshop was intense learning under a teamwork atmosphere in a competitive environment, so that everyone had an opportunity to contribute from their perspective. The two main pillars of lean were emphasized:

The students from the several countries dealt with multicultural issues, became friends and teammates and that made it additionally educational.

What I saw were academics working in an experiential setting with students and not just a classroom discussion “designing and planning” at the theoretical level. This leads to real knowledge sharing and learning rapidly - something that we all need to do!

This story was originally published in Target On-line in 2015, but I’ve edited it and added more detail.