The first step in educating your associates in lean is to help them see and to identify waste. By seeing waste in a competitive way, it will be easier for them to be on high alert for it in their day-to-day activities. The Rattlesnake Hunt will, without a doubt, become a winning best practice for your company.

The rattlesnake is a dangerous reptile. Despite its rattle to ward off potential predators, the rattlesnake can still deliver lethal quantities of venom that will make an individual extremely ill or potentially kill him or her.

In the case of a company and its operation, a rattlesnake could be viewed as anything that could damage the business or potentially kill it. The company “rattlesnake” could be safety hazards, 5S issues or anything that negatively impacts your world-class status. 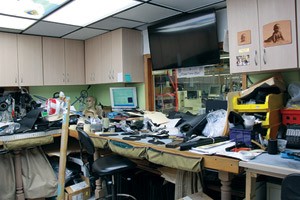 What exactly is a rattlesnake hunt? How do you organize and implement it? The rattlesnake hunt teaches employees to see waste, safety issues, maintenance issues, non-negotiables and other bottlenecks. It also encourages them to take action to eliminate issues before they create costs. Because the hunts are fun engagement activities involving employees, they make a lasting impression.

A rattlesnake hunt is designed to identify and eliminate unsavory elements. As you organize and implement rattlesnake hunt teams, you should establish ground rules for running and maintaining the operations. These would be non-negotiables and they might include: 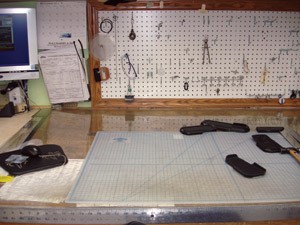 How do you set up and implement a successful rattlesnake hunt team? It takes some effort to organize and manage, as well as a small investment in tools and equipment for the team to use.

To begin, you will need to organize three teams of three to five people each. You will need to allocate a conference room with three accessible walls, a computer and printer and three digital cameras.  Finally, you will need rattlesnake tags, which should include space to provide the date, owner, locations and a drawing or description. Finally, you also should have a stash of inexpensive prizes such as candy bars.

Gather 10 to 15 associates. These representatives should be from different areas, if possible.

Train associates with a short 15-minute presentation describing the eight wastes in the plant and office environments. This should include a short description and many visual examples of waste.

Key Point: A rattlesnake in a plant may be in the form of waste, safety issue, maintenance issue, organization opportunity, non-negotiable or anything that could bite you in the future.

By walking all company associates through the conference room to see the rattlesnakes they have been stepping over in the plant, they learn to see the problems and are encouraged to be on the next month’s team.

We are often so busy with our daily agendas we do not stop long enough to see problems until they drag you down with them. Take three steps into your operation and stop, look and write down every rattlesnake you see. After you kill those rattlesnakes, take an additional three steps. It may take you months to reach the other side of your operation, but you have created focus, vision and a culture that does not tolerate even the smallest snake. 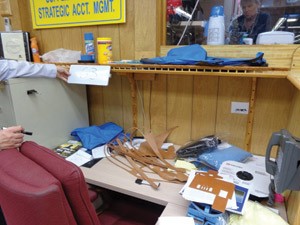 If everything has a place and everything is in its place, problems will stick out and become much easier to see and correct.

Visual excellence creates the wow factor. Your plant floor is one of your best sales tools. Customers will visit and tour your operation. They also will tour your competitors’ operations. They will have an impression from each tour, and sometimes that impression is the difference in receiving more sales.

Employees often spend as much time at work as they do at home. If the company has created an environment of excellence, employees at that site will have a much better chance of being excellent.

A major lighting manufacturer has a rattlesnake hunt each month. Employees draw names to see who can be on the rattlesnake teams. It has created fun and “pull.” In some instances, employees not on the teams will help teams by pointing out snakes to photograph. 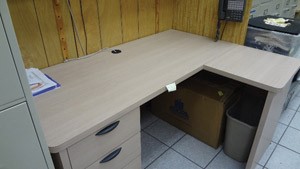 The average number of rattlesnakes identified in three hours was 96 per team or 288 per hunt. The number of kills in three days averaged 224, and those remaining are always scheduled for follow-up action. It is amazing to see the smiles and improvement from associates. Multiply this by 12 months and by 33 facilities, and you can get a real feel for the impact. This waste elimination results in substantial improvements in safety, quality, delivery and productivity.

Effective implementation of lean manufacturing requires engagement, understanding, ownership and creative thinking by everyone in the operation. Some of the lean tools available to help your team with engagement, understanding, ownership and creative thinking are standard work, gemba walks, value stream mapping, 5S, visual management, kanban and rattlesnake hunts. These tools are simple to implement, cost effective and provide significant tangible results.

Seek out and eliminate your rattlesnakes … don’t wait until they bite you.

This article originally appeared in the Spring 2014 issue of Target magazine. Mark Preston is the founding partner for Riverwood Associates, LLC. He has 25 years of lean experience at TDK, Respironics and Acuity Brands. Preston’s book, “Southern Sensei,” has helped companies with practical applications. Don’t miss his workshop, Lean Boot Camp, at AME Chicago 2019 this fall.